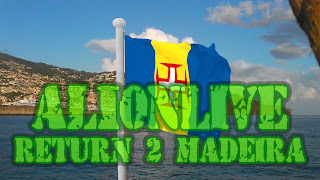 ...and so am I. Phew, that was quite some work. This didn't get better by me catching a quite heavy flu. How was that video causing more work than all the others? Well, I do not really love to write subtitles. And this time a lot of them needed to be done. Why? You will know this, after you read about the special kind of video this one is a few lines below. ;) Also because of the kind of video, I had to manually place loads of fades between the moderation (me speaking) and the soundtrack. And before some "specialist" shows up, and says, that this could all have been done automatically by using sidechaining: No, this would have not worked, because the background noise would have "ducked" the soundtrack all the time. And no, a noisegate would have also not helped. Additionally I tried some funny new tricks this time. And now the attentive audience at Facebook knows, why it all took that long. But, thanks to me: It is done! Ok, what is the video about?

This is the first part of two for day 8 of my travelogue about my stay in Madeira 2012. I split day 8 into 2 parts because it starts with THIS long walk through Funchal and continued with a also long hike from Santo da Serra to Ribeiro Frio. It would have been a rather bad idea to "force" the audience to watch a allmost 1 hour long city walk, to be able to watch the Levada walk. Also a allmost 2 hours long video would scare some viewers away.

This video is about a walk from the hotel "Residencia Vila Lusitania" in Funchal Ajuda through the heart of Funchal to the central bus station near the cable car station to Monte. It features me describing quite a lot of things on the way in my own unique style. Please excuse my lousy English once again, which didn't get better by walking through a city, holding a camera, keeping track of the traffic, pedestrians AND speaking in a language, which is not my mother tongue.

I learned quite a lot, while producing this video: The facts described above taught me, that it is not really a good idea, to moderate that kind of videos in English. This is why I will never do this again in the future. This means, that future sightseeing ;) videos will be moderated in German and subtitled in English. Despite of the fact, that the multitasking lead to some funny moments (musician for electricity), the result was rather embarrassing... or what do you think? I also learned some new tricks of editing video which make this video more fun and also kept the time I worked at it at a reasonable level.

The soundtrack is completely taken from the first album "Heroes of the Popp Culture" by my music project Willma Poppen. It is allmost the whole album... and the "rippers" will be angry about the voice moderation ;) But why not buy the album? Where? There:


And this is the playlist of the soundtrack:

And now this is REALLY enough words. Here's the video: