State of emergency is starting today! 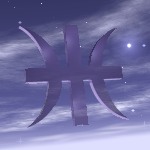 Yes, today I will get my lazy ass up and give all my project sites (alionsonny.com, alionsonny.de and everything under alionmind.com) a hefty update. It is time to wipe away all the amateurish away. Too much is still reminding of the hobbyist times when I gave away everything for free and to change the overall design of the websites to something more professional.

This will, most probably, become a tough ride for you as the website users. I cannot imagine the whole process to be free of any accidents. So stay tuned and excuse the one or the other "side-effect" of me working on the sites. If the homepage is not available, you will still get news via Facebook and Twitter. If something should not work for a longer time, and you think I forgot to fix something, don't hesitate to contact me via mail. E-Mail will allways work ;)

What to expect? My main goal now is to make it easier and more accessible to buy albums, to be able to listen to music and get the latest news without being distracting by unneccessary stuff.The websites and also the blogs will get a more uniform and pleasant look & feel and I want to create more possibilities of interaction between you and me. I will ask you about your opinion about some of my ideas during the time I am working at the whole thing. For examle somebody had the idea of an alionmind records forum. What do you think about that? Would you participate actively in such a forum?`Well, personally I think, that this all works with the Facebook Fansites allready.

Well, I will now start to work. So during the next hours, it is more than just possible, that instead of the websites, you will see a boring "under construction" message. I will keep you updated.
Eingestellt von alionsonny um 2:54 PM No comments:

It is time again to let you know what is happening here currently. A great occasion for that is the fact, that the music project Cimelium is giving away 5 free downloads of the album "Mesopotamia". That's something for those who have allways no money, eh? All details about your chance to win one of those free downloads, you can read at the official Cimelium Blog. You can take part in this until 23rd of December.

I work at new music at various fronts. The next you will most probably get, is a new song of the project "Tubenwurst", which did not really release much since it was declared to be the stylewise heir of alionsonny's "Electronic Spacerock". I have a track for that project allmost ready, which perfectly fits into the concept of electronic rock, synthpop and 80s music, which is actually the main genre direction of Tubenwurst. For Cimelium, I work at songs for the second themed album, titled "Madeira". I allready did some quite good work for that during the past days. And REALLY great progress can be reported from the progress of new works for the Willma Poppen project. Some people allready warn, that it may be confusing for the audience, if Willma Poppen releases a second album in 2012 ;) You see: Some great stuff is happening!

I also decided to give the websites of the alionmind records empire a new kick into a new direction. "Inspired" by a recent hacker attack on all of my websites, I found out, that some of the internals of the core content management system must be cleaned up. Also the overall handling and design of, especially, alionsonny.com is not just a bit dusted. It still breathes a touch of the old "I give everything away for free" era. That must be changed ;)

Ok, so far for the news and don't forget to participate in the Cimelium sweepstakes!
Eingestellt von alionsonny um 1:04 PM No comments: