There have been better years for me, I must say, than 2009. So I say good riddance to this one and hope that 2010 will be better not just for me but for us all. I know about so many people who had bad luck in 2009 and that not just because of the effects of the so called financial crisis. As some of you may know, I had to close down my business as a freelancer in the IT-sector in June of 2009 and afterwards got awfully sick. Currently I am suffering from a big depression which renders me unable to work. Currently I am living of unemployment benefit because of that and try hard to get on my feet again. But as I said, I know about not just a few people who also are hoping that 2010 things will work out better for them.

But while being one of the worst years so far in my life regarding to financial stuff and healt, 2009 was also a very creative years for me. In fact I released 25 songs this year. Not as much as in the most fruitfull 2004 and 2005 when I released 36/34 songs , but the highest number of songs since then. This may be due to the fact that I had more time on my hands to make music. Here's what my database says about my productivity over the first 5 years of the alionsonny project:

I hope that 2010 may be even more creative and fruitfull than this year and all before. Happy New Year and all the best to you out there for 2010!
Eingestellt von alionsonny um 4:25 PM 1 comment:

Email ThisBlogThis!Share to TwitterShare to FacebookShare to Pinterest
Labels: Miscelaneous

I want to wish all visitors of my website, all fans of my music, all friends and simply all you folks out there a merry Christmas. I have created a little christmas carol for you too. It is my personal version of the well known christmas carol "Ding Dong Merrily on High". It is a Reggae- /Ska-version. Yes, yes, I know it sounds crazy to think about doing that song in that particular genre. I myself first had some doubt about if this works but in the end it was quite simple. And I think the result is quite good: 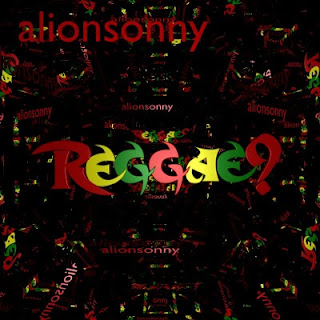 So finally I got the fifth album released still in year 5 of the alionsonny project. This means at least an album a year. Not bad I think. Especially if you keep in mind, that I have loads of non-Reggae songs waiting to fill future albums on my harddisk. So the next album releases will be for sure NonReggae-Albums for sure. But for now: Have fun with this release!
Eingestellt von alionsonny um 9:24 PM No comments:

New Song: "Days Of Our Years"

My latest song was born out of the idea to do a song in the typical 80's New Wave Style. First I was inspired by songs of bands like "The Cure", but I more and more was distracted from that path. Well, in one way I am sorry that I was not exactly able to follow that original path, but on the other hand another original work came out of that approach, a unique musical piece in the original and well know alionsonny style. The title of the song was inspired by Psalms 90:10.

I released a new technolike teack again: My new song "A Day At Ligeia Mare Beach" is in no way reggaelike like "Mountainbiking on Mars" from the year 2005, but is indeed some kind of a sequel of it. Actually I planned to do a songseries like the "Drunken Joe" series in which I wanted to thematize several leisure activities on the celestial bodies in our solar system. Unfortunately that plan got lost over the years and the several other projects. When I read about the methane lakes on the saturn moon Titan recently and was working at the technolike track you are about to listen to, I had the idea to bring that old plan from 2005 to life again. I must say that I managed it quite well to catch the virtual athmosphere of a day at the beach of a methane lake on Titan. The song sounds cool, in fact ice cold and at the same time like sun and beach. Well, listen for yourself:
A Day At Ligeia Mare Beach - LISTEN
A Day At Ligeia Mare Beach - DOWNLOAD
Eingestellt von alionsonny um 4:47 PM No comments:

New Video "Meditation One" is online!

Yes, it has been a while since my last video release. But this time I have something real good for you. It is a video in HD instead of the SD format which I am forced to use usually by my outdated camcorder. I simply cannot afford a new one. This is why my new video is mostly made up of foreign material. STOP: I know that there are some jealous folks out there who by now think how they can pee at my leg by picturing me as a copyright violator. But NO chance: I only used material available in the public domain or under a fitting Creative Commons License. Well, ain't I clever? ;) The result, from my point of view, is great. As soundtrack is used my latest track "Meditation One" from my planned series of musical pieces for my own meditation experiments. You can read about this here. You can also listen to the soundtrack HERE and download it HERE.

By the way: For the first time I am 100% more satisfied with the upload result at YouTube than at Vimeo. Vimeo has finally lost it's leadership in quality it had from my point of view for a long time. Not just that Vimeo offers only 500MB PER WEEK upload quota, which is simply laughable if you see that YouTube offers 2 GB all the time, every day, 24/7. The upload of the video took the same time of about 3 hours for a bit below 500 MB. Also the videoquality is now much better at YouTube as is the quality of sound, which allways was a point where I criticized YouTube for. Additionally you can see at the example of the video embedded above, that even the embedding works better with YouTube now. Vimeo is finally second choice. Greed for cash is not a good advisor.

Just some final words for the technical stuff: The video first was with moderate XVid compression of 1 1/2 Gigabytes size and looked just a bit better thatn the actually uploaded version. Because Vimeo just allows me 500 MB per week, I reduced the video to a bit less than 500 MB. Still it looks great. A upload of 1 1/2 GB would have taken 9 hours to upload and I don't trust the stability of a network connection as much, that I would risk 9 hours of upload time. You know: It hurts less if an upload crashes after less than 3 hours, than it would if the upload crashes after about 9 hours :D
Eingestellt von alionsonny um 4:47 PM No comments: