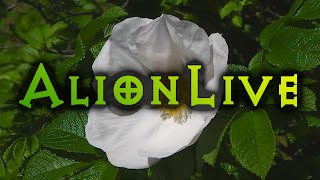 Because of the extensive musical activities of the past few weeks I hardly got to work on the videos. Yes, day 9 of "AlionLive - Return 2 Madeira" is already in the works too. And now that we really have plenty enough new music, it's video time. But this new music is not used in the third part of the report on the bike ride from Hamburg to Mölln, Ratzeburg back. I found simply that a visit to the historic city center of Mölln is suitable for a rather more serious form of music than a Pop-Techno and funny Reggae-ish stuff. And that's why I this time used once more music mainly from the album "Alion - The Original Soundtrack". This, plus a fitting track from the album "Reggae?" and one quite old chestnut and the soundtrack was perfect. The new music will be used somewhere else then.

Thematically, we start where we left off at the end of Part 2: On reaching the city sign of Mölln. We visit the picturesque historic city center of Mölln first for a time, and to then go on a little alcohol influenced Odyssey northeast. Here we have some quite humorous moments. At the end, and just minutes before nightfall, we end up at a peaceful place at the Ratzeburger See called "heavens meadow" to successfully end the first day of the tour.

The video is not completely free of shaky shots directly from the bike but this time these are extremely rare. But this time I was very communicative and am therefore quite often to see and hear. And now, end of the preface -> Here's the video!