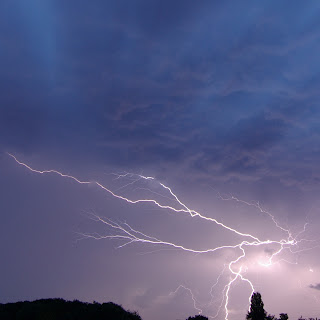 Exactly, the song was actually released already 2 days ago, but I had to do something else meanwhile and no time to write the blog. Yes, that happens too. On the topic: Yes, for the second time within a week a new track for the new alionsonny album was completed. No one would have expected this, after the project has paused for quite a long time, in favor of Willma and Cimelium. Thus we have 10 of the 13 tracks for the album now and this puts the release date of the album into a timespan one can call "foreseeable future". Although I do not suppose that the album will be released before my birthday on July 19th, but at least I can say with certainty that it will be relesed still in 2013.

The current song, titled "The Storm" is, is as "Flight of the Butterfly" was, on the one hand a flashback to the early days of the alionsonny project, on the other hand a big step forward. The sound might remind many of you of the time around 2007, when songs such as "Photosynthesis", "Revolution Now" or "Individuality" shaped the alionsonny sound significantly. I currently enjoy working with old concepts in new "clothing". A few new tricks in conjunction with traditional tastes and favorites can certainly provide a quite nice result. And I think that "The Storm" is a good example. The idea may well come from 2007. It also deals quite rude with the underlying musical genres Reggae and Ska, as it was the case in the days of "This is not really reggae". Parts of the song have rythm patterns fitting the played genre quite well which quickly change to patterns from totally different styles of music. Does this remind any one of the days of Polka- or Waltz-Reggae-Mashups? Well, some things do not change..

Conclusion: "The Storm" is absolutely nothing for Reggae or Ska purists, especially if they understand a mashup of their beloved genres as a sacrilege. Friends of varying experimental musical experiences with a preference for psychotic sound  episodes should be served well.
Eingestellt von alionsonny um 11:14 PM