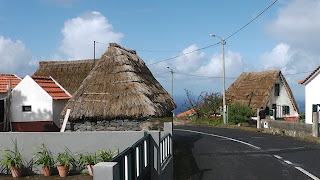 ...and on we go! I have now spent exactly one month, enjoying the rare beautiful summer weather, but still was not completely idle. The delay of the release of this video was mainly caused by some problems with the 3D intro. Therefore, a new, simpler intro sequence was used in this video.

The Plot: On the ninth day of my trip to Madeira, I decided after the weather looked promising to make the long bus ride to Santana on the north coast of the island. Do not worry: I have not filmed the entire bus ride, but only 6 minutes ;). When I arrived in Santana, I explored the area a bit, got to know the local weather phenomena and decided to hike a little further west along the coast. Here, I got lost a bit and was allmost convinced to follow a rather desperate "backup plan". However, this was not carried out because I reached a saving bus stop just in time.

The soundtrack is completely from the soon to be released album "Continuity". Yes, exactly: The new alionsonny album has a name and will be published soon. But that's another topic ;).
And here's the video: