...and there it allready is: AlionLive Return 2 Madeira - Day 5B! 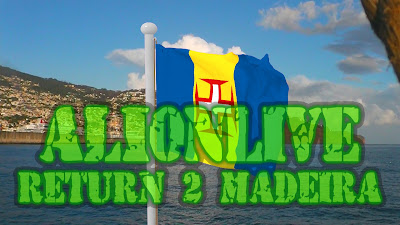 How many of you thought, that there would be a rather big time gap between 5A and 5B, eh? I have put pretty much effort into letting the 5B video follow as soon as possible. It was not particularly hard to get this done, because the video is only 18 minutes long. I have done that, so to say, as a byproduct ;). I made a little mistake during that. The intro of the video still says "Day 5A". Some very attentive viewers informed me about that. Sorry, I overlooked this and I don't want to re-uploaad the video.

This part of AlionLive Return 2 Madeira takes us to the most eastern part of the island. We hike from the most eastern point, accessible with a car, to the Cais do Sardinha. The video is that short because of the following reasons:

Personally I think, that this part of AlionLive Return 2 Madeira, despite it's short runtime, is the best one so far, and that because of the quite great quality of the nature vistas. The soundtrack consists of cause of the brandnew alionsonny track "A Sunny Day" and three more tracks, not featured on any album so far.

Here is the tracklist: