"Brainforest Chapter III" - The last song for the album "Continuity" is here! 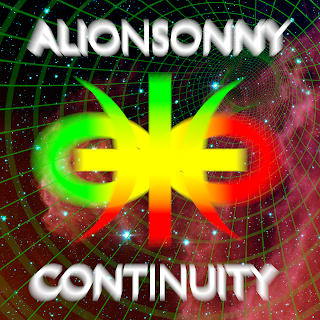 It is done! After 3 years, we finally have the, traditionally, 13 alionsonny tracks for a new album. If you now think, the album would be available tomorrow on iTunes & Co., I have to disappoint you. Now comes still a lot of work for me, because by just finishing the songs, only the biggest part of the work is done. What happens next? First I have to get the songs in an order (playlist) of course, so that everything fits together. Then there is the fact that the song versions you can listen to on Soundcloud are just pre-release versions and not really finished. This means that the songs were ok for me at the time they were completed. But as time passes, I hear but more or less minor "imperfections" in them, or listeners tell me about the one or the other thing that sounds not alright. The oldest songs, destined for the "Continuity" album, were completed 3 years ago. You can certainly imagine that one discovers many of such opportunities for improvement during 3 years. In addition, you learn a lot during 3 years and the own standards rise according to that. So I will take each of the 13 items completely under the microscope again and optimize.

Brainforest Chapter III
... is the third part of a song series which was started in 2004 with the first part which can be found on the first alionsonny album "XperiMental Reggae WorX". The series was continued with part 2, which was released on the, now downloadable for free, album "Excursions in Time & Space". When I worked at the first part, it was already clear to me, that this would become a series of songs. For an album, which claims to be a part of a continuity in it's title, a continuation of Brainforest is just a logical step. Again everything sounds "latin american"-ish and also the somewhat mystical and gloomy jungle feeling is back again. The new part, however, is far more complex than its predecessors. There are also no sample loops used it and, the reggae purists will stone me for this statement: There's far more Reggae in "Brainforest Chapter III". But what do I tell all the time? Hear it for yourself: