Back from Madeira, and now? 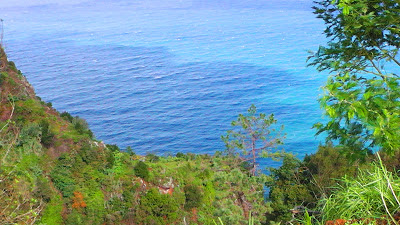 Yes, dear friends, I am since 2 days back from Madeira. And with me I brough 16 1/2 hours of raw video material. So, there will be a lot for you to watch on AlionLive soon. If you are on Facebook and are my Facebook friend, you can now watch a quite huge number of nice photos from Madeira there. Of cause I will upload the photos on Google+ too sometimes, but not now.

It will take some time until you can view the video, because i want to create a brandnew intro for "AlionLive Return 2 Madeira" and some new fresh music would also be good. Well... you know that ;) I have some new plans regarding to music. The new alionsonny album, I announced for until the end of this year will for sure be released and all the other allready announced things will happen too.

To talk about the new ideas for projects I had in Madeira, there will be a second album of the "Cimelium" project. Again it will be a concept album, this time titled "Madeira". It will have the traditional number of 13 tracks and each of them will be titled after a particular place in Madeira and I'll try to capture the atmosphere / ambient of that place in the song. The music will again be very relaxing and calm, but it will not contain the oriental sounds you know from the "Mesopotamia" album. I plan to release this album at latest in summer 2013.

I also work at new songs for a second album of the Willma Poppen project. After the initial approach of the project failed, because of my inability to produce stupid simple pop-techno in a music industry style, I will take the project on a path of ambitious, sophisticated pop-techno meeting my artistical ambitions. To plan a release date for that album would be, keeping all the stuff on my agenda in mind, not just a bit shady.

And then I have some stuff on my mind, I don't want to tell you about yet, because it is supposed to be a surprise for you. TIPP: When the "AlionLive Return 2 Madeira" videos are being released, watch each of them. I sing a particular song in there... ;)

By the way: A short remark on the Cimelium album "Mesopotamia" and the Willma Poppen album "Heroes of the Popp-Culture". I thought that my distributor Routenote would manage it to get both albums out on iTunes, Amazon and eMusic until I return from Madeira. As you can see if you check it, this is not the case. Believe me: I am for sure AT LEAST as unpleased as you about that. I will have to speak some serious words with Mr. Bennett tomorrow. This doesn't work at all that way!

Ok, and now I go back to work to bring you some firstclass entertainment. The show must go on!
Eingestellt von alionsonny um 12:26 AM